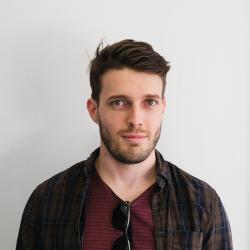 I like to work on projects that are done well, with people that are passionate about technology, experts that I can learn from. I want to be mentored and want to mentor others.

I take pride in my work and like to learn and utilise the best-emerging technologies. I want to be included in the high-level architectural design process and work with a management team that understands the challenges developers and the industry face.

Industries that excite me are web and mobile application development, block-chain, dApps, game and Uber for x business models. I am not interested in working for the gambling or insurance industries.

I am able to work alone or in a team structure, but I find the collaboration of a team great for morale. I am eager to work with new technologies and evolve with them. I am also interested in working remotely.

I worked in a start-up environment where we built internal products and took them to market.

The developers at Comune.IT are encouraged to run a project from beginning to end, being personally responsible for progress at every stage.

We built micro-social networks for organisations, with comprehensive event and asset management systems, as well as a number of mobile applications.

At the Limabean agency, I worked as part of a team, in isolation as well as in a leadership role. I contributed to existing projects and helped develop new ones from scratch. I filled the role required by the project. Typically I worked on complex systems with little supervision.

We followed an Agile-like methodology, making use of Jira, git version control and conducted inter-office communication via slack.

I worked in a start up environment where we built internal products and took them to market. Initially I fulfilled an intermediate software engineer role and worked with a small team to build a prescriptive reporting system.

Towards the end of 2019 I was promoted to a senior team lead position, Managing a team of ~6 members which developed from a real-time time-series dashboard platform.