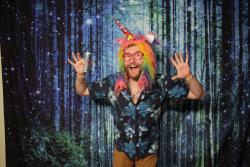 I’m an experienced, passionate software developer with the innovative and creative mindset of an entrepreneur. I have experience building dynamic web applications using React / Redux, Node.js, React Native, Express.js, Rails, MongoDB, PostgreSQL, JavaScript, Ruby, HTML / CSS, and tying it all together with Git, Docker, and Heroku.

I love developing a creative idea into existence, and forging the bridge between conceptualization and a tangible product. Programming has been my outlet for both problem-solving and creative expression. I love seeing my work come to life.

- Designed consistent, portable components in the Frontend through the React functional component-based paradigm and Redux, allowing users to effortlessly interact with the UI to view, search, create, edit, and delete various UI items, including Calendars, Documents, Feed posts, Conversations, and many internal elements associated with each of these elements, including Sub-calendars, Messages, and Comments

- Designed many UX-adjacent components with CSS, HTML, and various NPM packages to create animations, intuitive layouts, eye-catching elements, and responsive designs, which resulted in a greatly improved user experience on the frontend

- Completely redeveloped all of the previously mentioned components in React Native - adapted specifically for mobile devices - including Documents, Calendars, Feed Posts, Conversations, and all associated sub-components